Students identify rhetorical devices in a single poem and analyze the rhetorical situation of poetry (and poetry readings); using these ideas, they will also create and perform a piece of poetic text that illustrates an encounter between two characters with a stake in a controversy. 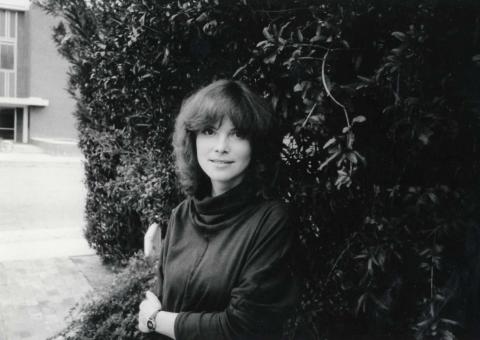 Give students a quick introduction to Voca, the Poetry Center’s online audio/video library. Ask students: how does a performance of a poem differ from a poem encountered on the page? How might a performance lend itself to the creation of an argument? Why might a writer choose to present an argument in the form of a poem (in other words, what can poetry do that prose can’t)?

Instruct students to listen for rhetorical devices in the poem they are about to hear. Play Carolyn Forché’s performance of her poem “The Colonel” during her reading of November 2, 1983 (attached).

Ask students to write down three rhetorical strategies or devices that contribute to this poem’s argument. Share responses as a class.

Finally, what happens to an argument when it is humanized and made personal in this way?

Ask students to imagine two people with a stake in a controversy. (These characters may be on opposing sides of the controversy, or they may not.) Have students jot down:

Then ask students to write 5 lines of poetry creating an encounter between these two people as they eat a meal together. Incorporate dialogue, sensory detail, and other details as seems appropriate. Students can use as much or as little of the language generated in the prewriting tasks as they like; the poem may be in any form. (If students have trouble, suggest a form derived from “The Colonel”: alternate lines of concrete description with lines of dialogue.)

Ask students to perform their short poems (or, if time is limited, first lines only) for the class. Encourage students to perform these short pieces several times, differentiating between each character’s voice and using the performance to create an argument. Offer constructive feedback on each student’s performance, focusing on the physical basics (volume, clarity, eye contact, and physical stance). Try to offer just one comment per student, so that students don’t feel overwhelmed; praise students generously for improvement. Students will ideally learn basic performance techniques through observing their peers and listening to feedback as a class.